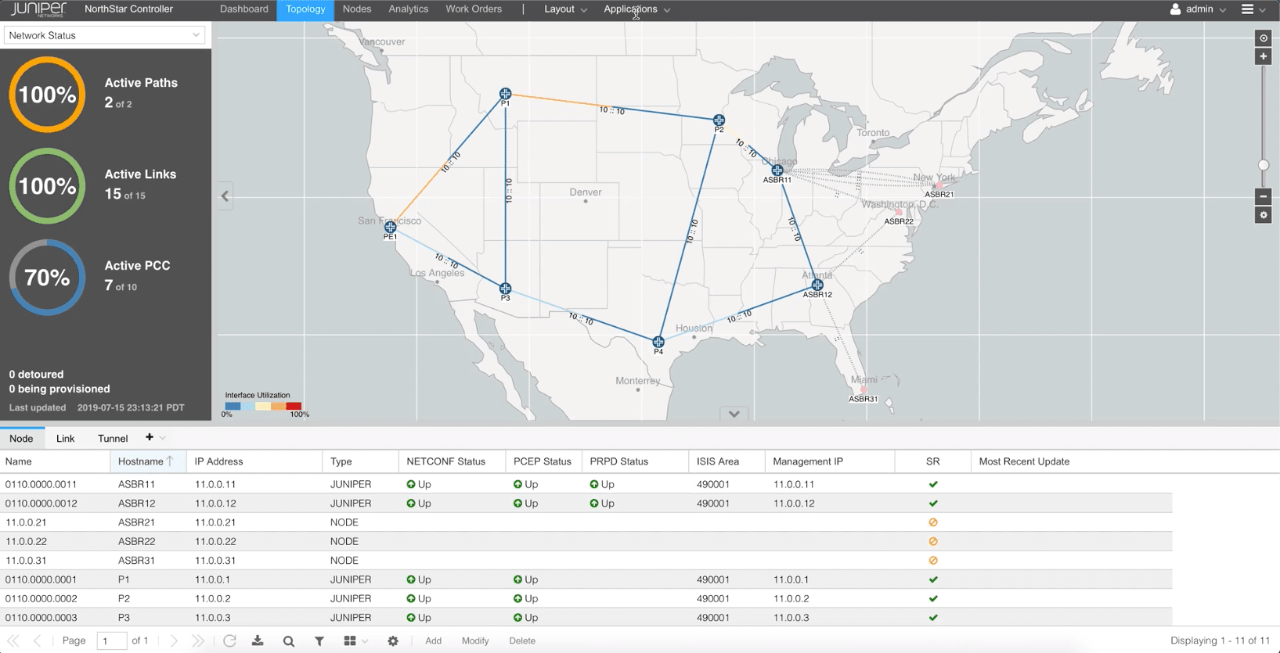 simplifies traffic engineering, making it easier for you to leverage benefits provided by transport service paths, such as MPLS/RSVP, segment routing, and network slicing.

NorthStar Controller provides you with granular visibility into network traffic flows, while optimizing network capacity through closed-loop automation. It monitors your network in real time, gathering streaming telemetry, IGP, and BGP-LS data from the network and analyzing the data to provision new service paths based on user-defined SLA constraints. With NorthStar Controller, you can run your network hotter, at higher capacity utilization levels, with confidence.

After paths are deployed, NorthStar recomputes or re-provisions paths as needed for SLA assurance. It automates provisioning of these explicit routed network paths, regardless of the traffic load, by pushing path information to the respective ingress routers. NorthStar Controller monitors and displays multiple network domains, providing a transport network view to help you manage interdomain traffic engineering and network slicing. It can also help simplify your migration to segment routing by allowing you to run multiple control planes over the same infrastructure at the same time.

NorthStar Controller Datasheet
How to buy 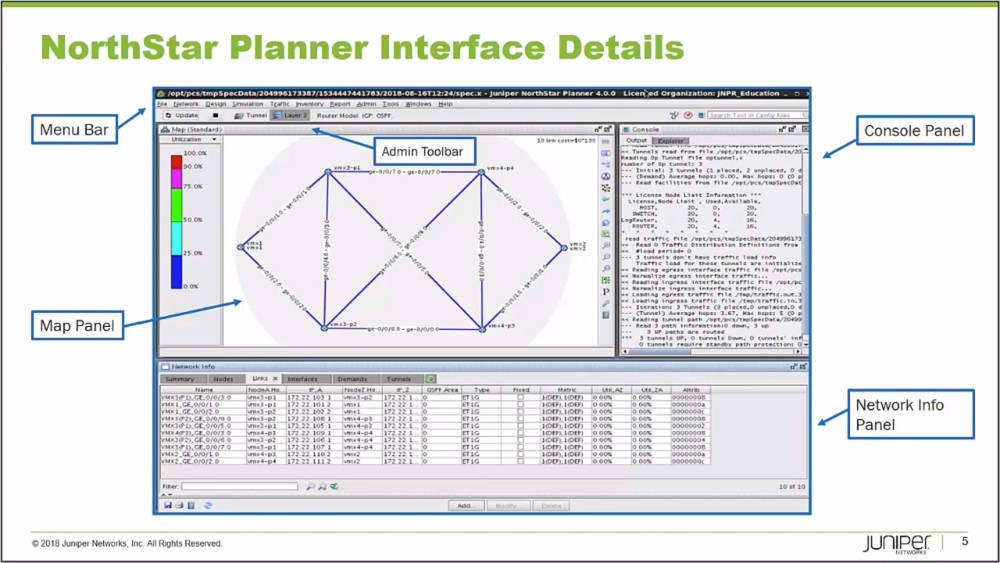 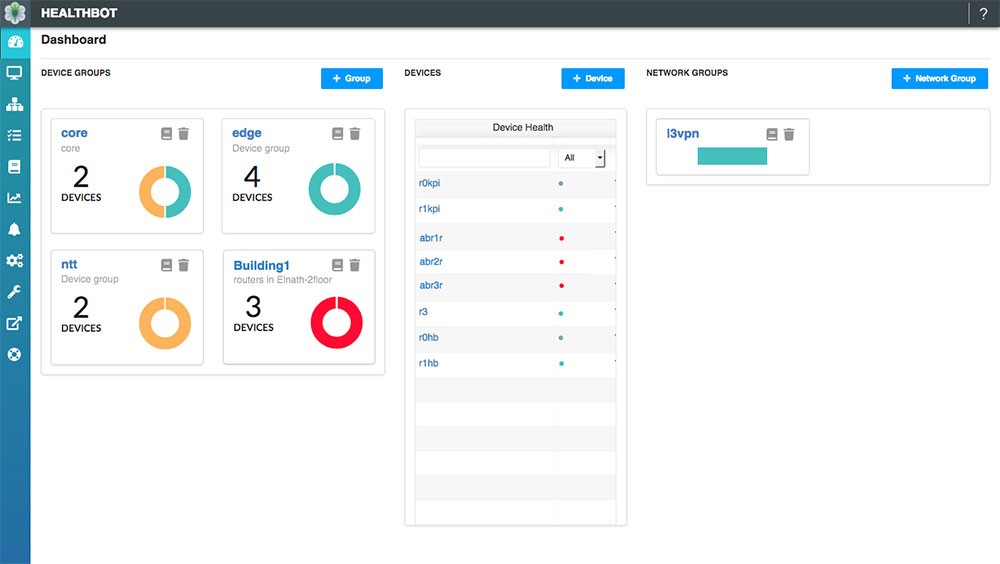 Juniper’s Paragon Automation can help you gain a competitive advantage with a network that is more responsive, insightful, elastic, and resilient. In short, an automated, service-assured network.