QTnet, which provides telecommunications and IT services throughout Kyushu, has entered the eSports market and plans to open a large-scale eSports complex in Tenjin, Fukuoka, in August 2021. The quality of the network is a critical component of eSports that can determine the outcome of matches. As a result, QTnet has fully adopted Juniper Networks' solutions, which have a reputation for stability and performance, and built a network that allows players to perform at their peak while also being simple to operate and trouble-free.

Scalable network that can accommodate future facility and service enhancements

QTnet was founded in 1987 with the goal of providing high-quality telecommunication services in the Kyushu region (excluding Okinawa) and advancing information technology. Kyushu Electric Power Co., Inc., which includes QTnet, is well-known for being the first company in Japan to implement optical fiber communications in 1972 and is well-known for its FTTH and other high-quality broadband line services. The company has recently developed a wide range of services such as data centers and managed security, and it supports corporate and individual users' communication environments in Kyushu.

In recent years, the company has actively pursued new business opportunities by leveraging its core IT and telecommunications businesses, such as investing in the Chari Chari Bicycle sharing service and opening unmanned stores on the Kyushu Institute of Technology's Tobata Campus. eSports, which is being considered for inclusion in the Olympics, is one initiative that is gaining a lot of attention.

In 2020, QTnet acquired Sengoku, which operated the professional esports team Sengoku Gaming as a subsidiary. They opened "esports Challenger's Park" (Challepa), an eSports complex in Tenjin, Fukuoka, in August 2021, which serves as the team's home stadium. The complex includes a stadium that can hold up to 5 vs. 5 matches, a public play area, a booth for video streaming, a study room for learning about eSports, a store, a cafe, and other amenities.

"As a company based in Kyushu that is beloved by the local community, QTnet, Sengoku, and Sengoku Gaming would like to promote the spread and development of eSports," said Kei Nishida, Group Manager of the YOKA Professional eSports Business Group, Corporate Strategy Division, QTnet, Inc.

Moreover, he says "Sengoku Gaming has 35 professional players competing in nine titles and has even competed in a popular game title at the world championships. Challepa, which was inspired by popular baseball stadiums, was designed as an all-day entertainment complex. The eSports classes for parents and children are always full, and they are well-liked as a great way to encourage children's communication. We are optimistic that the visitors will produce future professional players." 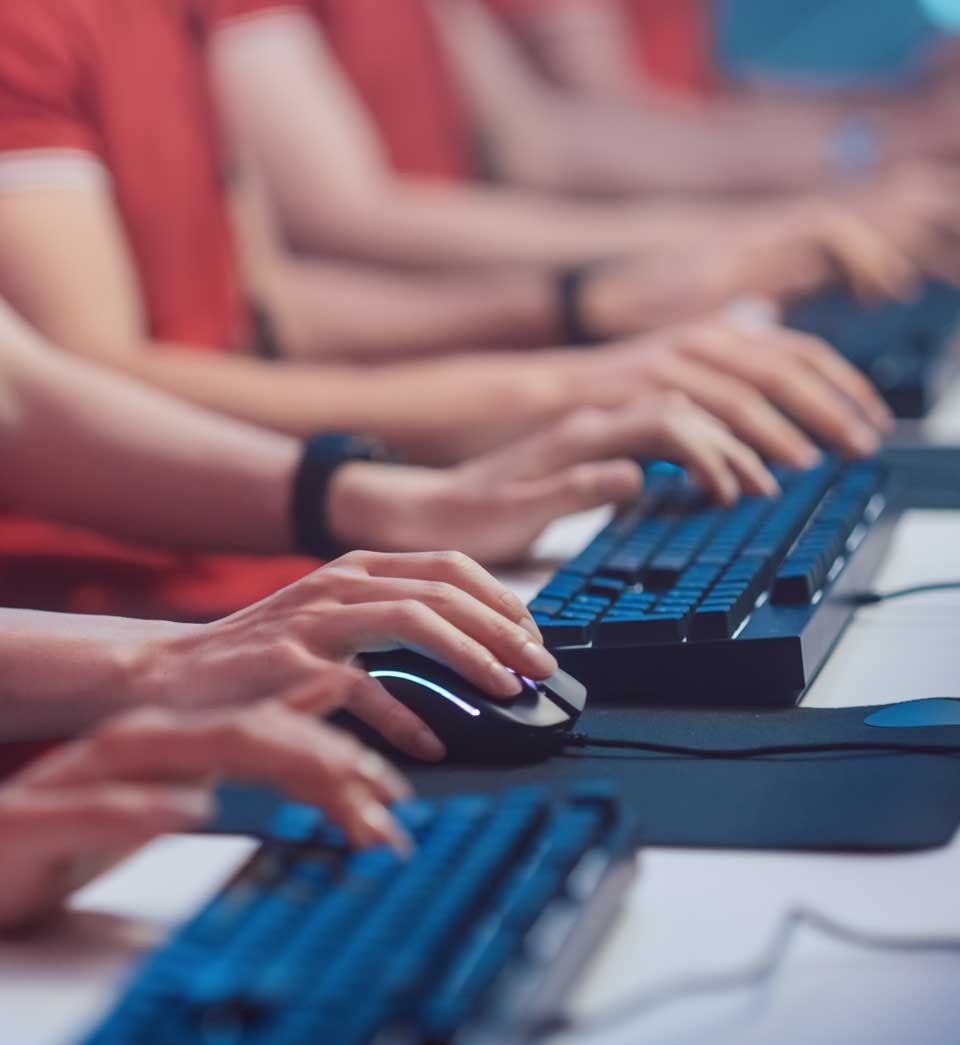 What makes eSports so appealing is the ability to play against players from all over the world while in Japan via a network connection. As a result, network performance has a significant influence on game quality. Latency, in particular, can influence match results. Mr. Nishida describes the network at Challepa, saying, "In the world of eSports, even a difference of 10 milliseconds can be enough to cause a loss, let alone a difference of 100 milliseconds. We needed a high-quality network with a low latency of around 20 to 30 milliseconds in order for players to perform at their peak."

Because Challepa requires a large number of players and spectators to play at the same time, throughput (bandwidth) is also critical to avoid network congestion. As a result, two 10Gbps dedicated lines with distinct routes were set up to connect to QTnet's robust backbone network. It was then decided to construct a facility network capable of accommodating these broadband connections and transporting traffic to and from each device with minimal latency.

An increasing number of eSports titles are aimed at smartphones and tablets, which is why the Wi-Fi environment needed to be low latency and high throughput. Security is also important because a wide range of devices and users are connected, and it is critical that security checks do not impair performance.

Network operations, whether wired or wireless, are critical to maintaining a high-quality and high-performance environment while also ensuring safety. QTnet chose Juniper Networks solutions to build a network that is relatively trouble-free and capable of recovering quickly in the event of a failure.

"At QTnet, I was originally in charge of network operations and had worked with a variety of communications equipment. I was aware that Juniper's network products were extremely stable, with almost no failures, and that the support quality was excellent. We believed that this was a solution that Challepa could rely on," Mr. Nishida said.

Furthermore, Juniper Networks was chosen for the Wi-Fi environment. "Mist, which is entirely cloud-based, has an easy-to-use web interface, and because it is AI-driven, we can maintain a stable Wi-Fi environment". "We believed that by integrating Juniper into the facility, we could significantly reduce operational load while also providing a high-quality user experience for both players and the general public," Mr. Nishida added. 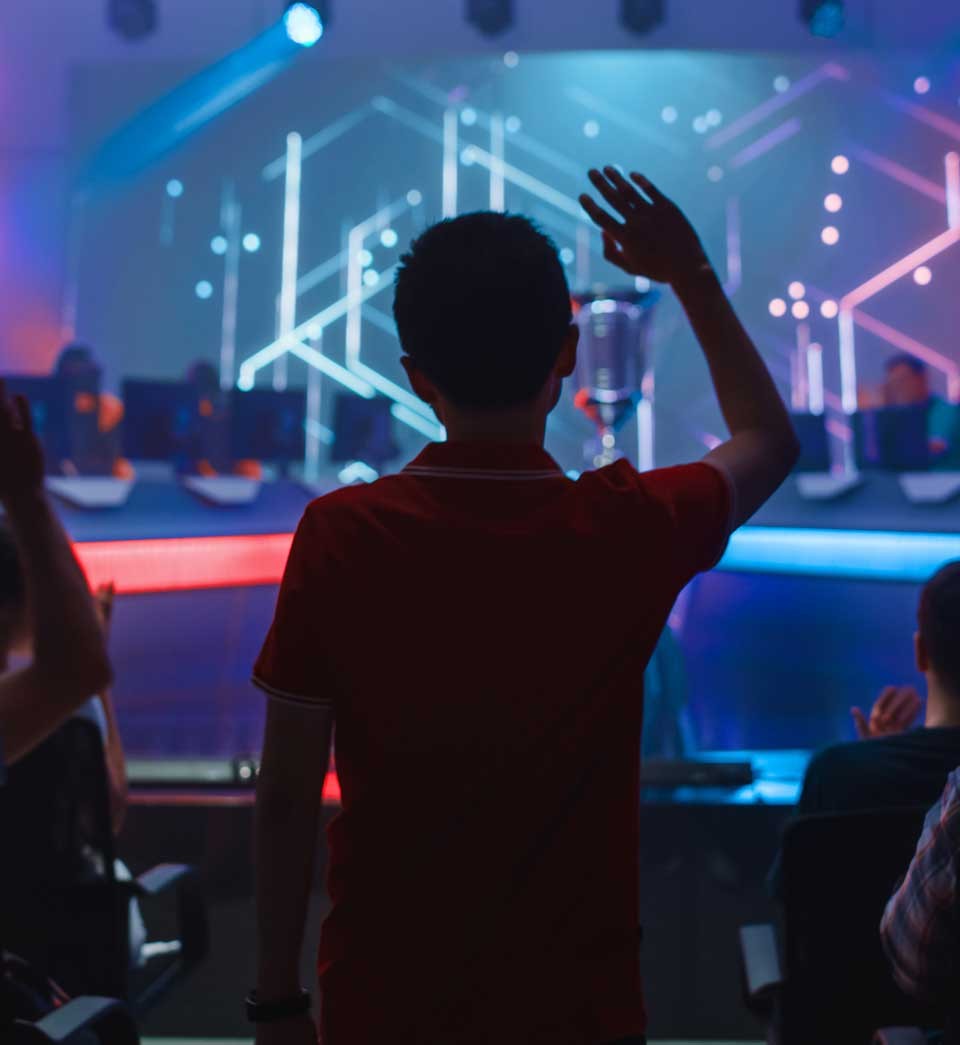 To underpin this connectivity, Juniper’s EX Series Switches and SRX Series Services Gateways were selected, enabling QTnet to meet the security and lower latency requirements of the network environment. Furthermore, the EX Series Switches also supported numerous VLANs that were used for professional and casual gamers, as well as visitors to the complex.

The goal, according to Mr. Nishida, was to "design a network that would be an integral part of the facility." By focusing on simplicity, facility staff can easily maintain the network and restore it in the event of a failure. The network is also adaptable enough to accommodate future improvements to the facility and services.

"The Juniper solution is extremely stable, trouble-free, and performs even better than expected. The security policy has no effect on gameplay. We also ran a load test in which we played the game on 50 devices in the facility at the same time; the network did not falter, and the latency was around 20 milliseconds at most. Junos and Mist are extremely simple to use and help us reduce operational load "Mr. Nishida explains.

According to reports from major Japanese gaming media, the eSports market will continue to grow at a rapid pace. QTnet is dedicated to broadening the scope of eSports through Sengoku/Sengoku Gaming and Challepa activities, while also maintaining a strong business focus.

"eSports is a form of entertainment that children, adults, the elderly, and people with disabilities can all enjoy." I'd like to make Challepa a source of up-to-date eSports and related information. The facility is about 80% complete, with the remaining 20% planned to evolve in tandem with the advancement of eSports and IT. "It's certainly something to look forward to," Mr. Nishida says.

The promotion of eSports in Japan is an initiative that can only be realized with a strong network environment. In collaboration with QTnet and Sengoku, Juniper Networks continues to support the growth of eSports by focusing on providing a stable, high-quality network.

“The Juniper solution is extremely stable, trouble-free, and performs even better than expected. The security policy has no effect on gameplay. We also ran a load test in which we played the game on 50 devices in the facility at the same time; the network did not falter, and the latency was around 20 milliseconds at most. Junos and Mist are extremely simple to use and help us reduce operational load.”
Kei Nishida Group Manager of the YOKA Professional eSports Business Group, Corporate Strategy Division, QTnet, Inc. 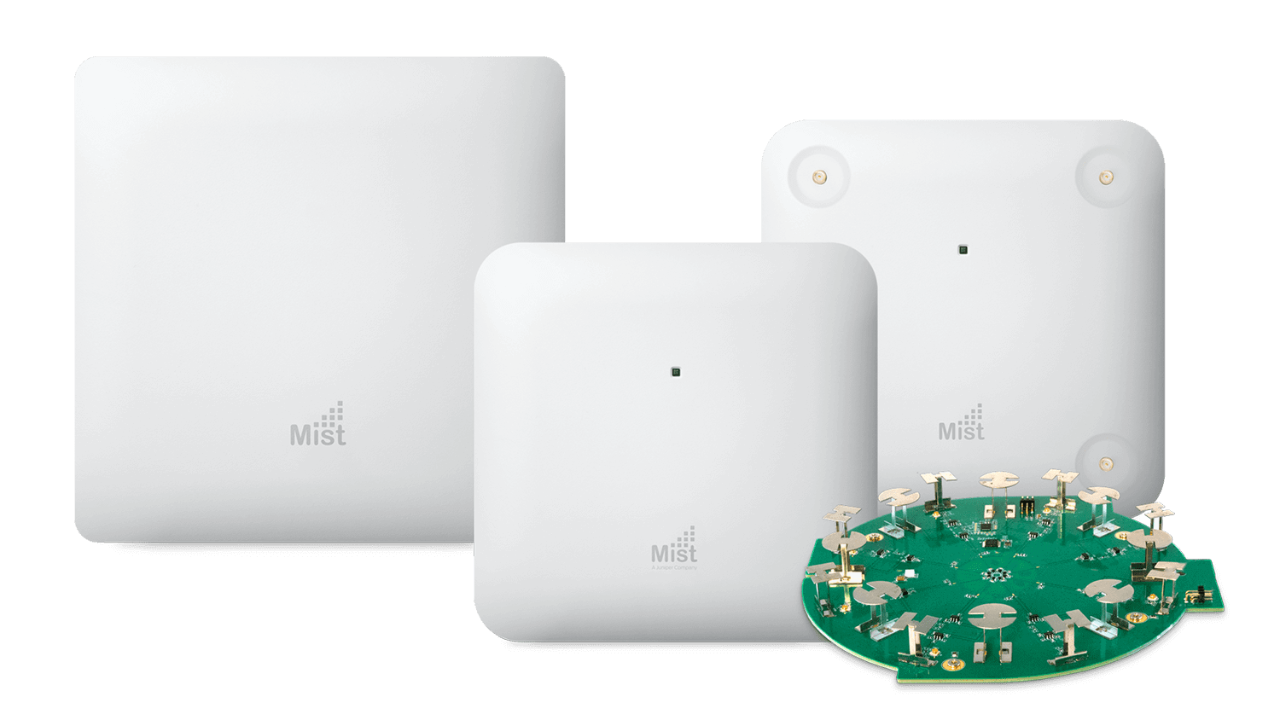 Juniper is leading the convergence of Wi-Fi, Bluetooth® LE, and IoT with our enterprise-grade Access Points. The Juniper Access Points work in conjunction with the Juniper Mist Cloud Architecture and Mist AI to collect and analyze metadata in near real-time from all wireless clients.