Segment routing (SR) is a source-based routing technique that simplifies traffic engineering and management across network domains. It removes network state information from transit routers and nodes in the network and places the path state information into packet headers at an ingress node.

Because information moves from the transit nodes to the packet, segment routing is highly responsive to network changes, making it more agile and flexible than other traffic-engineering solutions. Traffic-engineering capabilities enable SR to provide quality of service (QoS) for applications and also to map network services to end users and applications as they traverse the network.

To understand segment routing, you must first understand its fundamental components.

SR Domain: A collection of nodes that participate in SR protocols. Within an SR domain, a node can execute ingress, transit, or egress procedures.

SR Path: An ordered list of segments that connects an SR ingress node to an SR egress node. Typically, it follows the least-cost path from ingress to egress.

SR Segment: A forwarding instruction that causes a packet to traverse a section of the network topology. SR defines many SR segment types, and the two used most often are adjacency and prefix segments. An adjacency segment is a strict forwarded single-hop tunnel. It causes a packet to traverse a specified link associated with an interior gateway protocol (IGP) adjacency between two nodes, irrespective of the link cost. A prefix segment is a multihop tunnel that uses equal cost multihop-aware shortest path links to reach a prefix. 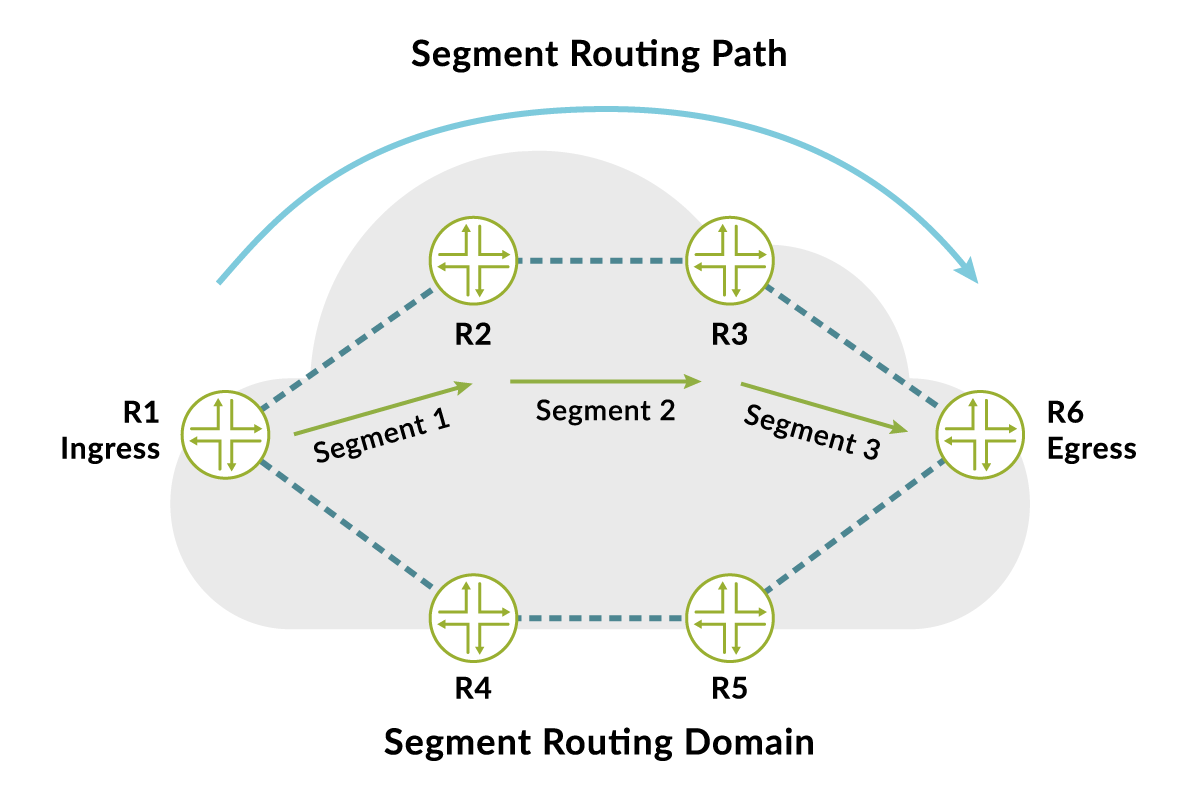 Segment routing is deployed in discrete domains such as data center, core, edge, and access networks.

When a packet arrives at the SR egress node, that node determines whether the packet is at the end of its path. If it is, the node removes the SR header information and forwards the packet based on its destination IP address.

Because the transit routers simply forward the packets based on the SR segment identifier (SID), SR can be used to map packets associated with an end user or application to specific network function services. It does this by mapping a path to where the service will be applied, and providing instructions about the service and additional path information from the service gateway to the SR domain egress router.

SR’s primary benefit is its ability to simplify the network and reduce resource utilization, making it easier to manage and operate your network.

Other benefits make SR desirable in a network.

An SR controller is a type of SDN controller that provides centralized path computation, traffic engineering, and granular visibility and traffic flow control for SR forwarding planes in service provider and enterprise networks. The SR controller enables network operators to optimize their network infrastructure through proactive monitoring and planning, and by dynamically routing large traffic loads based on specified constraints.

SR controllers solve this problem because they can monitor the entire network topology and its traffic flows in real time. They use this data to determine the explicit paths that packets should take through the network, and they can also allocate bandwidth to those paths. After the paths are calculated and link bandwidth is allocated, the controller adds this information to its database. The controller factors in existing bandwidth needs as it computes new paths or before it reroutes traffic due to congestion or other dynamic network conditions.

Gathering finely granular telemetry data from the network, the controller analyzes the data and optimizes it to assist in taking intelligent actions, such as tunneling traffic through the most efficient network path, meeting SLA requirements, or proactively resolving congestion issues.

NorthStar Controller also helps with migration to SR by centralizing routing control and giving you the ability to run multiple control planes over the same infrastructure during your migration. The GUI in NorthStar Controller provides a real-time network view with very fine network details that make it simpler to design and operate your network.

SR uses either MPLS (SR-MPLS) or IPv6 (SRv6) on the forwarding plane. Juniper offers both solutions. To overcome SRv6 shortcomings, Juniper has developed SRm6, which reduces the size of SIDs in the SR header using a smaller compressed routing header and mitigates the resource constraint problems seen in wide SRv6 deployments.

The robust, full-featured NorthStar Controller is the only SR controller to provide more than just bandwidth reservation. It accommodates path diversity and can perform CSPF computation, bandwidth calendaring, and other useful functions. A powerful and flexible traffic-engineering solution, NorthStar Controller enables granular visibility and control of SR and IP/MPLS flows in large service provider, cloud, and enterprise networks. 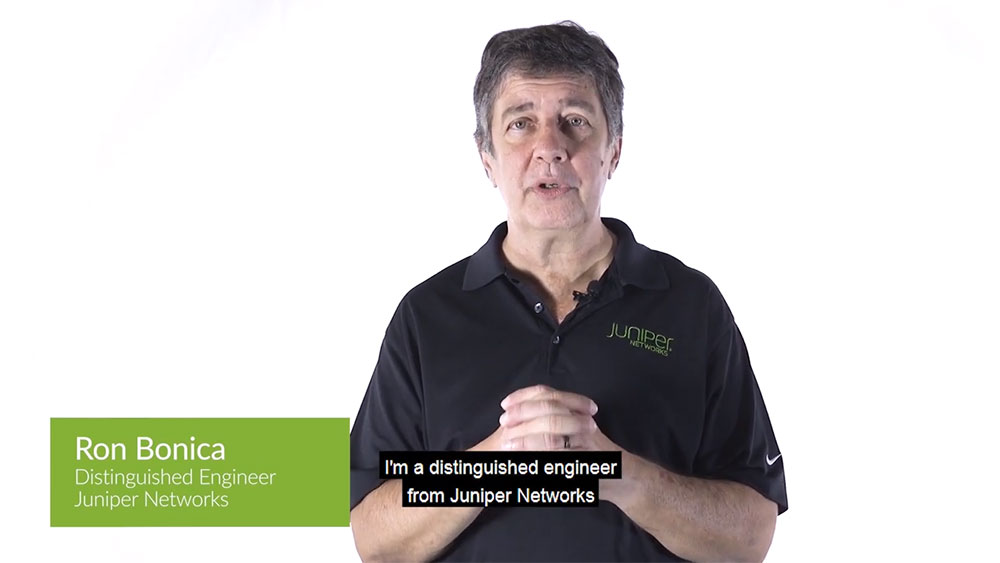 This video provides a basic overview of Segment Routing (SR) including key concepts such as paths and segments and explains how SR simplifies traffic engineering.

Network automation is the process of automating the configuration, management, testing, deployment & operations of physical & virtual devices in a network.

RESEARCH TOPICS
What is SDN?